Central Europe. The Baltic Sea forms Poland’s northern border. To the north Poland also borders Russia. To the east Poland borders Lithuania, Belarus and Ukraine; to the south – Slovakia and the Czech Republic, and to the west – Germany. The Polish Baltic coast, 500 km (300 miles) long, consist mainly of sandy beaches, dunes and cliffs. The northern part of Poland is beautiful, hilly terrain with numerous rivers, lakes and a large amount of forest land. Central Poland is mainly flat land, while the southern region includes a lot of hills as well as mountains: the Sudetes on the Czech border and the Carpathians on the Slovakian border. Poland’s largest river, the Vistula (Wisla, 1067 km) cuts across Poland in a broad valley stretching from the Carpathian Mountains to the Baltic Sea, going through famous Polish cities such as the historical and beautiful Krakow in the south, Warsaw – Poland’s capital, and Gdansk, a port 1000 years old lying on the coast. The rivers Odra (848 km) and Nysa form a natural border with Germany from the Sudety Mountains to Szczecin, and the River Bug (813 km) forms part of the border with Belarus and Ukraine.

Polish is the official language. Foreigners will find it easiest to communicate in English and Russian. A small number of Polish people speak German, Belarussian and Slovakian.

More than 90% of Polish people consider themselves Roman Catholics. Other religious affiliations include Protestant, Orthodox, Greek Catholic, Jews and Muslims.

Mail sent to Western Europe and North America takes an average two till four days to reach its destination, longer if addressed to other continents. There are a some international couriers services i.e. DHL, UPS and EMS Pocztex.

The press is independent, and about 70 newspaper titles are available. The most important dailies are Rzeczpospolita, Super Express and Gazeta Wyborcza. The Warsaw Voice, a weekly, is published in English. A number of newspapers and magazines published in other countries are also available at news-stands.

Radio stations, numbering more than 150, are independent and very in range.

Foreigners entering Poland must have a valid passport. The validity period must be no shorter than six months on the day of crossing the Polish border (not valid for signatories of Schengen agreement – ID is sufficient).

All foreigners have to have an entry visa.

The citizens of the following countries can enter Poland without visa if they hold biometric passports : Allbania, Bosnia and Herzegovina, Montenegro, Republic of Macedonia, Serbia

Foreign currency can be exchanged at all border crossings, hotels and exchange offices. Some are open 24 hours.

In Poland most credit cards are accepted i. e. American Express, Mastercard, VISA and Diners Club.

Most banks are open Monday – Friday from 8 a.m. to 6 p.m., on Saturdays from 9 a.m. to 1 p.m. Some banks, especially in small towns, are closed on Saturdays and could have shorter work hours on weekdays.

Persons aged over 18 may bring in the following goods free of customs duty:

Citizens of the European Union:

Not-Citizens of the European Union:

NB: Furs, animal skins and gold items are subject to customs duty. Antiques, artistic items and some other goods may not be taken out of the country. A customs declaration must be presented at the border. No arms or drugs may be carried. Duty-free shops can be found at border crossings. They accept Polish and foreign currency, traveller’s cheques and credit cards.

All trains from Western Europe to Poland go through Germany or the Czech Republic and Slovakia. The main railway routes are: Berlin-Warsaw-Moscow; Paris-Warsaw; Vienna, Budapest and Prague to Warsaw.

By car or coach:

There are numerous coach connections from all the larger European cities. When crossing the border by car, travelers should have: the car registration document, a driver’s license, a Green Card – certificate of international insurance, and a sticker with the symbol of the country where the vehicle is registered.

There are convenient, year-around and seasonal connections with Sweden, Denmark and Finland.

Cars without drivers can be rented at airports or rent-a-car offices in large city centers. Prices for renting cars are usually based on a daily rate with unlimited mileage plus chosen type of insurance ( CDW, TP ).

There are several thousand petrol stations across the country, including Aral, BP, Esso, Shell, Statoil, Neste and Jet. The majority are open around the clock. The following fuels are on sale: 95 and 98 unleaded petrol and Diesel fuel. Some stations sell gas for vehicle motors and propane-butane gas for camping stoves. Petrol stations offer a broad range of services, from shops selling cosmetics and the car accessories through small repairs, changing oil and anti-freeze fluid, to car washes.

Poland has its own unique cuisine with characteristic condiments such as dill, marjoram, cumin, mushrooms and cream, which are added to soups, sauces and meat roasts. The national Polish dish is bigos, made from cabbage and sauerkraut, onions and several kinds of meat. Polish cuisine starts with hors-d’oeuvres such as jellied pike, pickled fish served with sour cream, herring rolls with onion and pickles, kulebiak made from mushrooms and cabbage wrapped in dough, crayfish and sausage (kielbasa) such as the thin and spicy kabanos, or ‘mysliwska’ made from pork and game. Soups are an important dish in Poland and are usually thick and filling. Polish cuisine includes about 400 different soups. The best are flaki (tripe) made from beef and entrails, chlodnik which is served chilled and made from sour milk, veal and new vegetables, rosol (bouillon) made from beef and poultry with noodles, barszcz (borsch) made from beetroots with cream, usually served in special mugs with pastries, and grzybowa (mushroom soup) made from wild, edible forest mushrooms. Main courses include zrazy, made from beef wrapped around gherkins served with mushroom sauce and buckwheat; kotlet schabowy (pork chop) served with potatoes and sauerkraut; golonka (boiled and then grilled pork trotters) and pierogi, a kind of ravioli made with a variety of fillings: sauerkraut and mushrooms, meat, cottage cheese & potatoes, or blueberries, wrapped in dough and boiled. Poland is also a great country for those who enjoy fish such as tench, carp, pike and eel. Herring is the most popular fish in Poland and is served in a large variety of ways. Polish cakes are also well worth trying, including makowiec (poppy-seed cake), sernik (cheese cake), szarlotka (apple cake) and mazurek (Easter short-bread). The national alcoholic beverage is vodka, served very cold. The best varieties are Zytnia and Wyborowa. Excellent flavoured vodkas with natural additives include : Zubrowka (with a species of aromatic grass that only grows in Bialowieska Forest), Tarniowka (sloe vodka), Jalowcowka (juniper vodka), Pieprzowka (pepper vodka) and Sliwowica (plum vodka). The quality of Polish beer from the breweries of Zywiec, Warka, Lezajsk and Okocim is on a par with the best beers in the world. Warka beer, for example, was the favourite drink of Pope Clement VIII, who stayed in Poland in the late 16th century.

Poles are generally polite and kind and usually very friendly towards foreigners. There is a great contrast between the modern life-style in large cities and that in rural Poland, which is conservative and religious, preserving a traditional way of life. The Catholic religion plays an important role in everyday life, so criticism or jokes about it may be frowned upon. Polish people are generally optimistic, and appreciative of music and art. As a greeting, Polish people shake hands. When visiting someone’s home it is the custom to bow during the greeting and introductions, and to bring some flowers to the hostess. The usual traditional clothing is fine for most occasions. For event held in the evening or parties held in elegant restaurants it is customary to come in evening wear.

The customary tip in restaurants, cafes and taxis is 10-15%. No tips need to be left in self-service restaurants. Tips for porters in hotels and railway stations are up to the traveller.

Men are recommended to wear a suit and tie for official meetings. Before making an appointment it is worthwhile to present the aim of the visit.

The most popular winter sports centers are Zakopane in the Tatra Mountains, Szczyrk and Krynica in the Beskidy Mountains. Skiing is possible from November to May. Ice sailing is another popular sport, available on the extensive areas of frozen lakes.
Angling: There are many interesting fishing sites all over the country. We recommend trout and Danube salmon ( glowacica ) in the rivers Dunajec and San and pike on Lake Mamry. The fishing permission is obligatory.

Sailing: The main sailing centers are found in the Warmia and Mazury region as well as the Suwalki and Augustow lake districts.

Swimming: Most cities have swimming pools. The sea coast and most lakes are also good places for swimming. Due to pollution, rivers are not recommended.

Horseback riding: This is a great idea for a holiday in Poland, the country once known for the best cavalry in the world and for its love of horses. Poland still has a number of large stud farms, such as Janow Podlaski and Kadyny. Horses racing tracts can be found in around Warsaw, Sopot and Wroclaw.

Other recommended holiday activities include canoeing, mountain hiking, bicycle trips and hiking trails for those who like to observe nature. Specially recommended are the Biebrzanski National Park and Bialowieza National Park.

Summers are warm, autumns are mild and sunny, while winters can be very cold. In the higher parts of southern Poland snow can be found from mid-December to April. Rain is possible all year round. Recommended clothing: light clothes in the summer, warmer clothing in the spring and autumn and very warm clothes in winter. Capes and umbrellas can come in handy during every season. 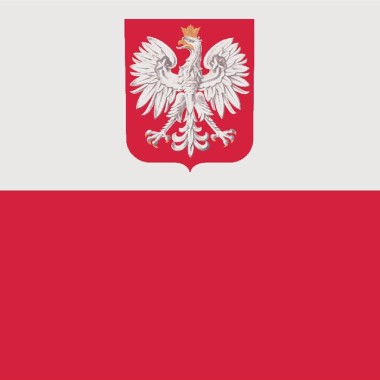 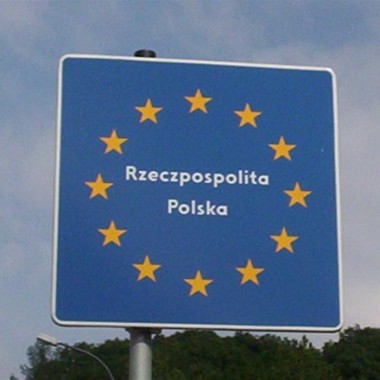 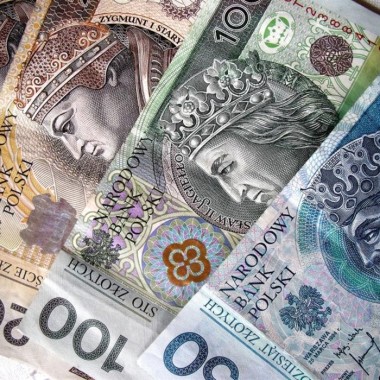 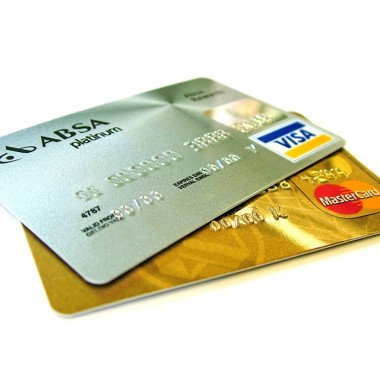 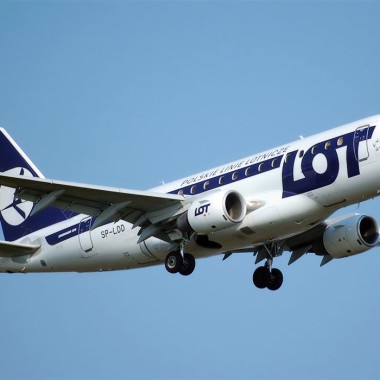 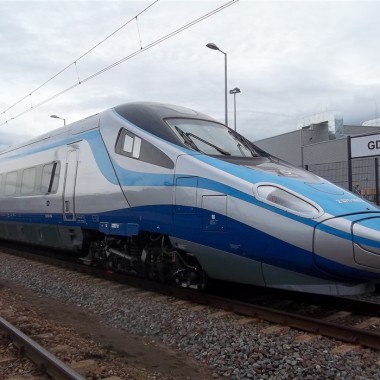 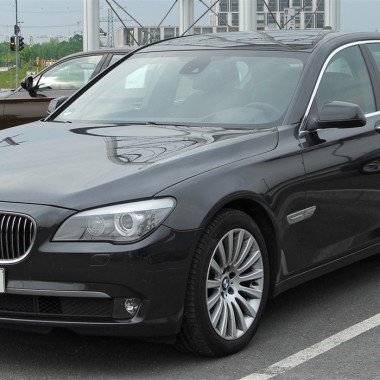 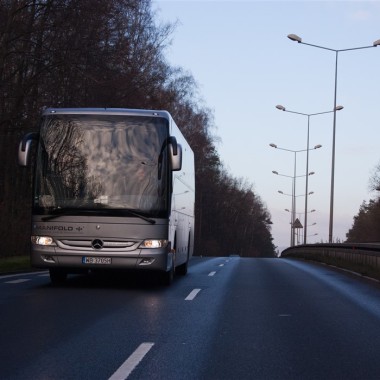 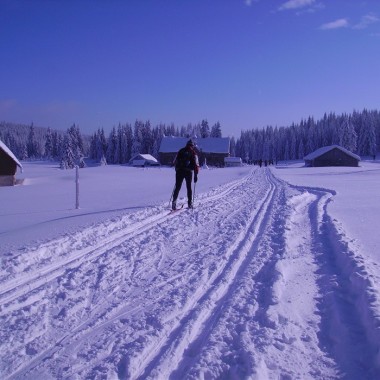 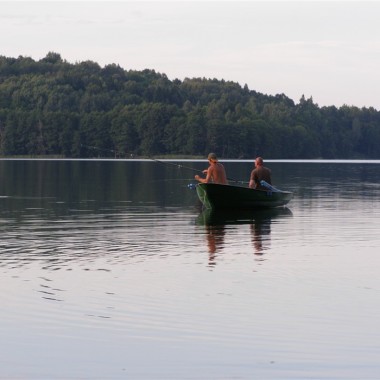 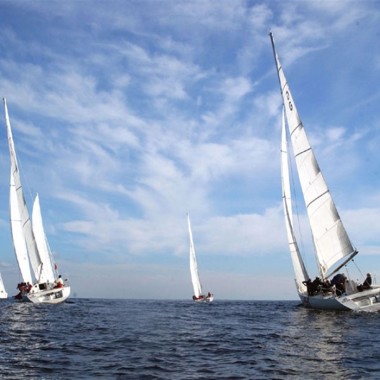 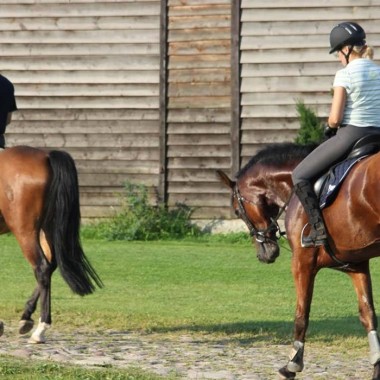